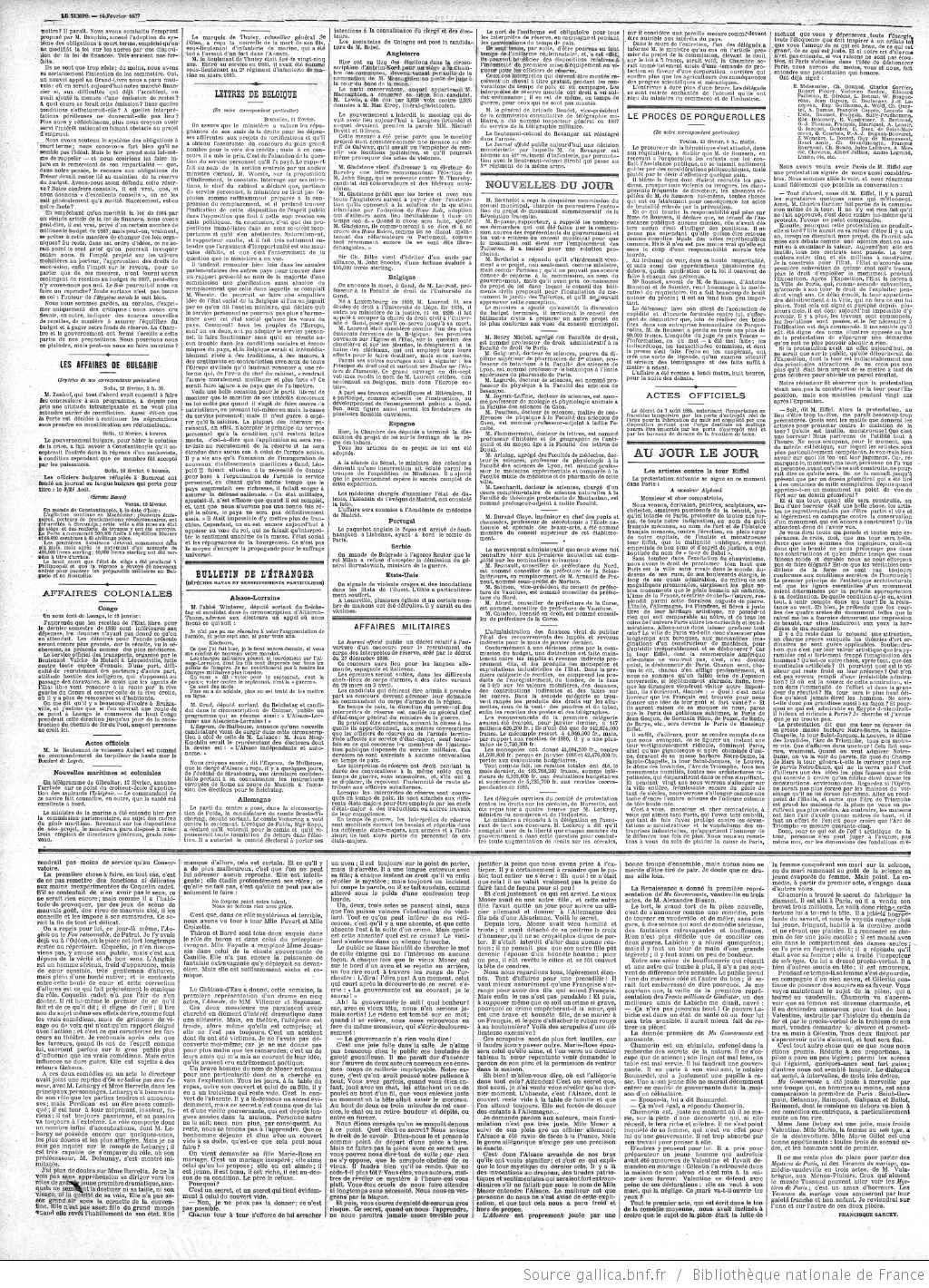 In honor of the 130th anniversary of the Eiffel Tower this month, Laroche Groupe would like to share with you the original open letter published in the journal Le Temps on February 14th, 1887 decrying the construction of the tower as a desecration of Paris and French good taste penned by the most prominent intellectuals and artists of the time. Please enjoy.

“We come, writers, painters, sculptors, architects, architects, lovers of beauty, hitherto intact, from Paris, to protest with all our strength, with all our indignation, in the name of French taste, in the name of threatened French art and history, against the erection, in the very heart of our capital, of the useless and monstrous Eiffel Tower, which public opinion, often imbued with common sense and a spirit of justice, has already named the “Tower of Babel”.

Without falling into the exaltation of chauvinism, we have the right to proclaim loud and clear that Paris is the city without rival in the world. Above its streets, its widened boulevards, from the middle of its magnificent promenades, emerge the most noble monuments that mankind has ever produced. The soul of France, creator of masterpieces, shines among this august flowering of stones. Italy, Germany, Flanders, so proud of their artistic heritage, have nothing comparable to ours, and all corners of the Paris universe attract curiosity and admiration.

Are we going to let all this be desecrated? Will the city of Paris therefore associate itself any longer with the baroques, with the mercantile imaginations of a machine builder, to become irreparably ugly and dishonourable?

Because the Eiffel Tower, whose design America itself would not want, is, do not doubt it, the disgrace of Paris. Everyone feels it, everyone says it, everyone grieves deeply about it, and we are only a weak echo of universal opinion, so legitimately alarmed. Finally, when foreigners come to visit our Exhibition, they will shout, surprised: “What? It is this horror that the French found to give us an idea of their highly praised taste? “And they will be right to laugh at us, because the Paris of the sublime gothics, the Paris of Jean Goujon, Germain Pilon, Puget, Rude, Barye, etc., will have become Mr. Eiffel’s Paris.

Moreover, to realize where we are headed, it is enough to imagine for a moment a vertiginously ridiculous tower, overlooking Paris, like a gigantic factory chimney, crushing with its barbaric mass Notre-Dame, the Sainte-Chapelle, the dome of the Invalids, the Arc de Triomphe, all our humiliated monuments, all our shrouded architectures, which will disappear in this fool’s errand. And for twenty years, we will see the whole city stretch out, still quivering with the genius of so many centuries, we will see the odious shadow of the odious column of bolted steel stretched out like an ink stain…

It is up to you, dear fellow countryman, to you who love Paris so much, who have embellished it, that the honour of defending it once again belongs to you. And if our cry of alarm is not heard, if our reasoning is not listened to, if Paris persists in the idea of dishonoring Paris, we will have, at least, you and us, made a protest heard that honors our heritage.”