This week both Paris and Boston will present their annual marathon races, Paris on Sunday, April 14th and Boston the following day on Monday, April 15th. Both races trace their origin to the end of the 19th century, Paris in 1896 and Boston one year later in 1897. Paris may have held their marathon first, but Boston has the distinction of being the longest continuously held Marathon in the world having never missed a year since its inception. The Paris Marathon is a larger event than Boston’s, allowing 40,000 runners to Boston’s 30,000. 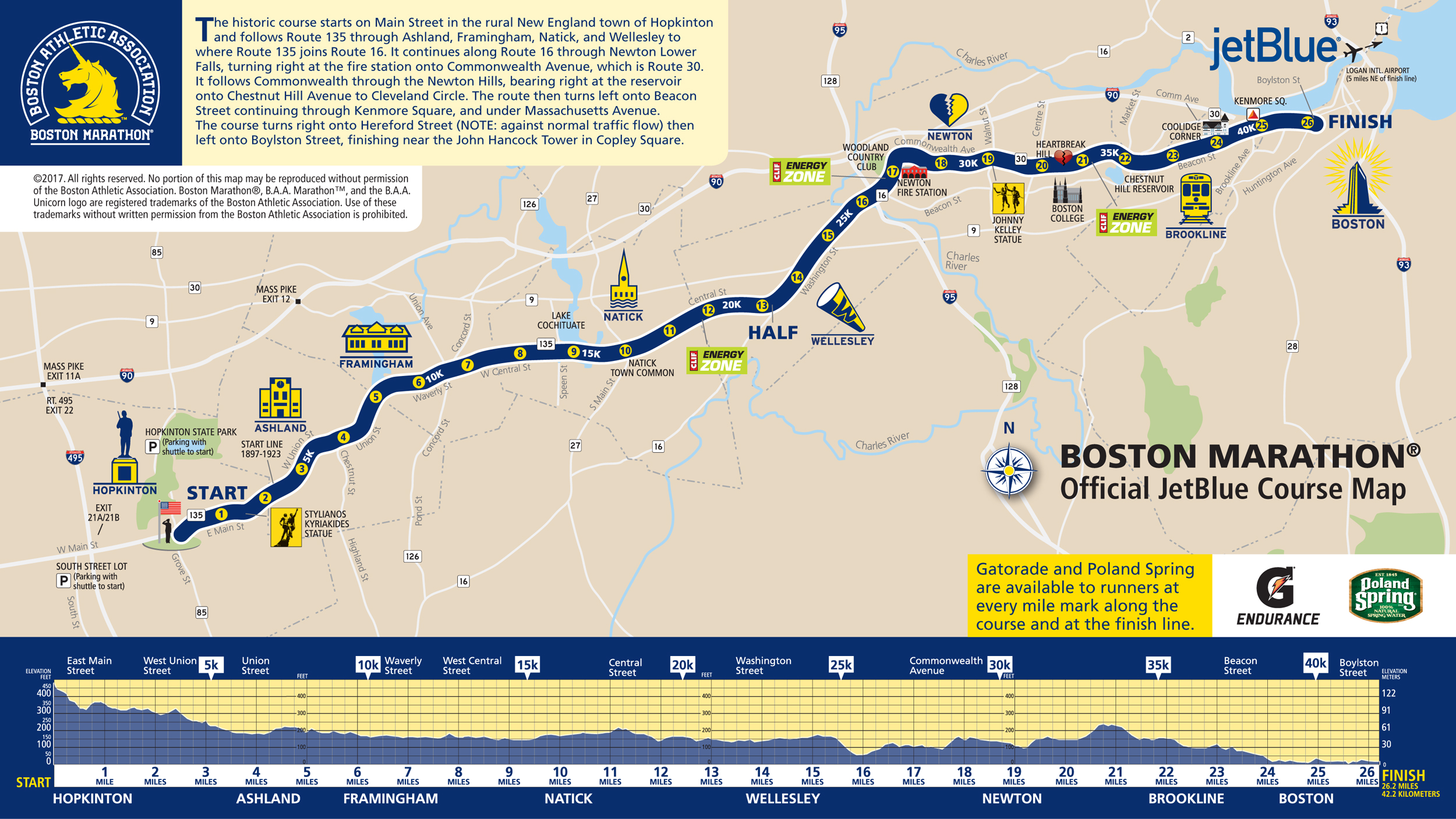 On April 19, 1897, ten years after the establishment of the B.A.A., the association held the 24.5 miles (39.4 km) marathon to conclude its athletic competition, the B.A.A. Games.  The inaugural winner was John J. “JJ” McDermott, who ran the 24.5 mile course in 2 hours, 55 minutes and 10 seconds, leading a field of 15. The event was scheduled for the recently established holiday of Patriots’ Day, with the race linking the Athenian and American struggles for liberty. The race, which became known as the Boston Marathon, has been held every year since then, even during the World War years, making it the world’s oldest annual marathon. In 1924, the starting line was moved from Metcalf’s Mill in Ashland to Hopkinton Green and the course was lengthened to 26 miles 385 yards (42.195 km) to conform to the standard set by the 1908 Summer Olympics and codified by the IAAF in 1921

Women were not allowed to enter the Boston Marathon officially until 1972. Roberta “Bobbi” Gibb is recognized by the race organizers as the first woman to run the entire Boston Marathon (in 1966). In 1967, Kathrine Switzer, who had registered as “K. V. Switzer”, was the first woman to run and finish with a race number. She finished despite an infamous incident in which race official Jock Semple tried to rip off her numbers and eject her from the race.  In 1996 the B.A.A. retroactively recognized as champions the unofficial women’s leaders of 1966 through 1971. In 2015, about 46 percent of the entrants were female. 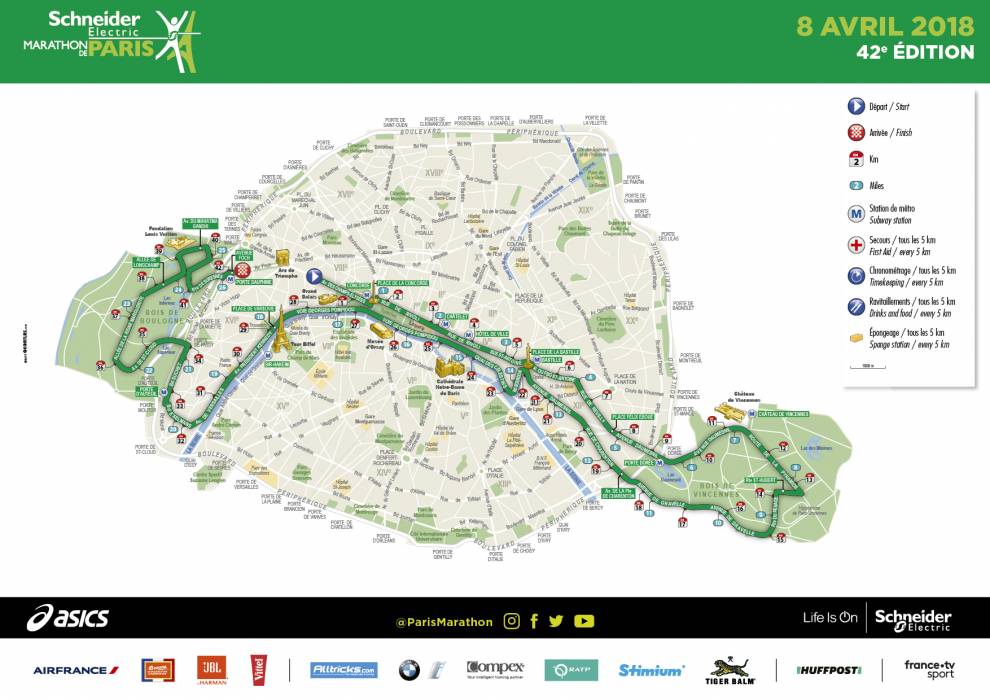 Differing from Boston’s suburban to urban point-to-point course with it’s changes in elevation, the Paris Marathon is largely flat and loops through Paris from west to east through the heart of the city past all of the major edifices (Arc de Triomphe, The Louvre, Place de Concorde, Notre Dame), does a 10K loop around the Bois de Vincennes and then heads west along the Seine back through the city past the Eiffel Tower for another loop through the Bois du Boulogne to finish close to where the race began on Avenue Foch in the 16th arrondissement.

The first Paris Marathon, the Tour de Paris Marathon, took place in 1896. A big crowd gathered to watch 191 participants. It was run over a course of 40 km from Paris to Conflans-Sainte-Honorine via Versailles, and the organizers decided to award a commemorative medal to all runners who finished the race in less than 4 hours.

This first race was won by Len Hurst from England (much to the chagrin of all Parisians!) who crossed the finishing line in 2 hours, 31 minutes and 30 seconds. His prize money was 200 francs.

Like the Boston Marathon, the distance of 40 km was adjusted to the standard length of a marathon, 42.195 km, following the 1908 Olympic race in London.

Unlike the Boston Marathon, however, The Paris Marathon has always welcomed women runners and, although the International Association of Athletics Federations credits Violet Piercy as the first female to race the now-defined marathon distance of 42.195 km, other sources report that the 1918 performance of Frenchwoman Marie-Louise Ledru in the Tour de Paris set the initial mark for women.